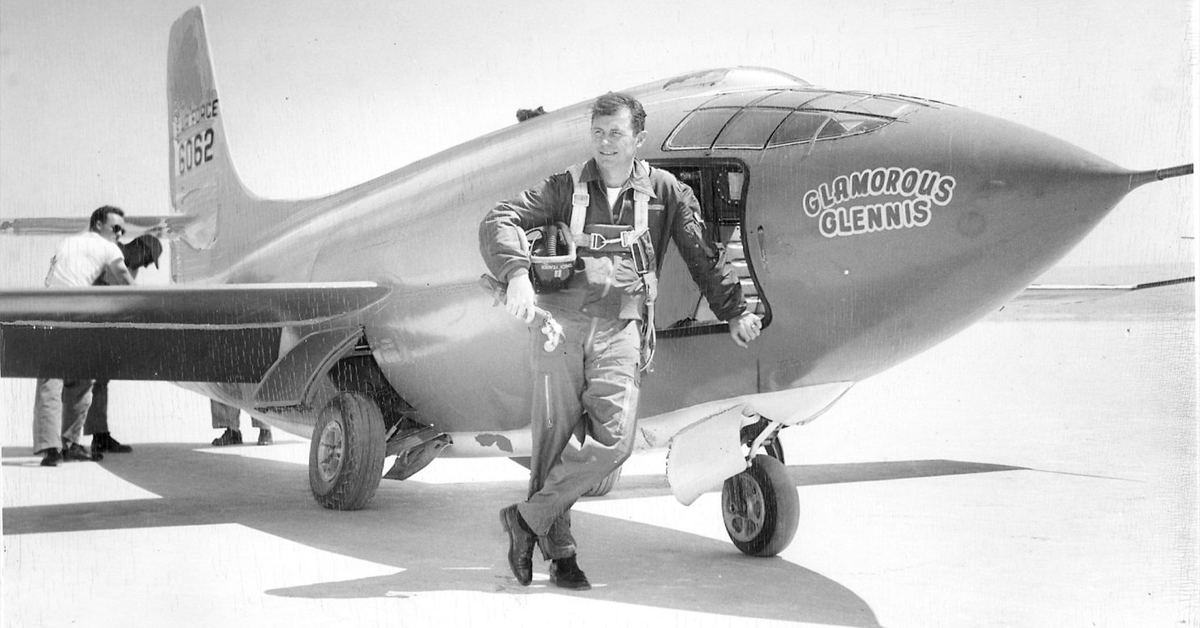 Chuck Yeager is the reason I fell in love with reading biographies.

I read my paperback copy of his autobiography, Yeager, so many times that it literally fell apart some time around high school. In spite of that, I kept it around on my book shelf and it survived at least six moves before finally being relegated to the recycling bin. Years later, I scored a hardcover version at a used bookstore and immediately read through it again.

When I read yesterday that he’d passed away at the age of 97, it was a bit like losing a favorite teacher or professor. On the other hand, I was immediately comforted by the fact that his exploits would live on in my memory.

“The secret of my success is that I always managed to live to fly another day.”

Yeager was featured prominently in The Right Stuff – Tom Wolfe’s book that would later serve as the basis for the movie. Which might be one of the least interesting things that happened to him in his life and career. He was the first pilot to become an “ace in a day” shooting down five German planes in a single dogfight. During World War II, he was shot down and argued all the way to the desk of Dwight Eisenhower (Supreme Allied Commander in Europe) to be allowed to return to combat missions. He was the first American pilot to shoot down a German jet. He broke the sound barrier in the Bell X-1 with broken ribs. He served in WWII, Korea, and Vietnam and retired as a general.

“There is no kind of ultimate goal to do something twice as good as anyone else can. It’s just to do the job as best you can. If it turns out good, fine. If it doesn’t, that’s the way it goes.”

What I appreciate about all of those accomplishments is how Yeager was very plain about how lucky he was by being born at the right time. He was able to become part of the Army Air Corps with a high school diploma just in time to fight in World War II. Becoming a test pilot afterwards put him in on the ground floor of a wave of innovation that took the world from prop planes to jets to supersonic to the edge of space in the span of 15 years.

It’s an odd thing for a kid who grew afraid of flying to idolize one of the greatest pilots who ever lived. But of all his exploits, I suppose what I admire most is how Chuck Yeager took advantage of the time he was placed in and also having as much fun as he could too.

“Unfortunately, many people do not consider fun an important item on their daily agenda. For me, that was always a high priority in whatever I was doing.”