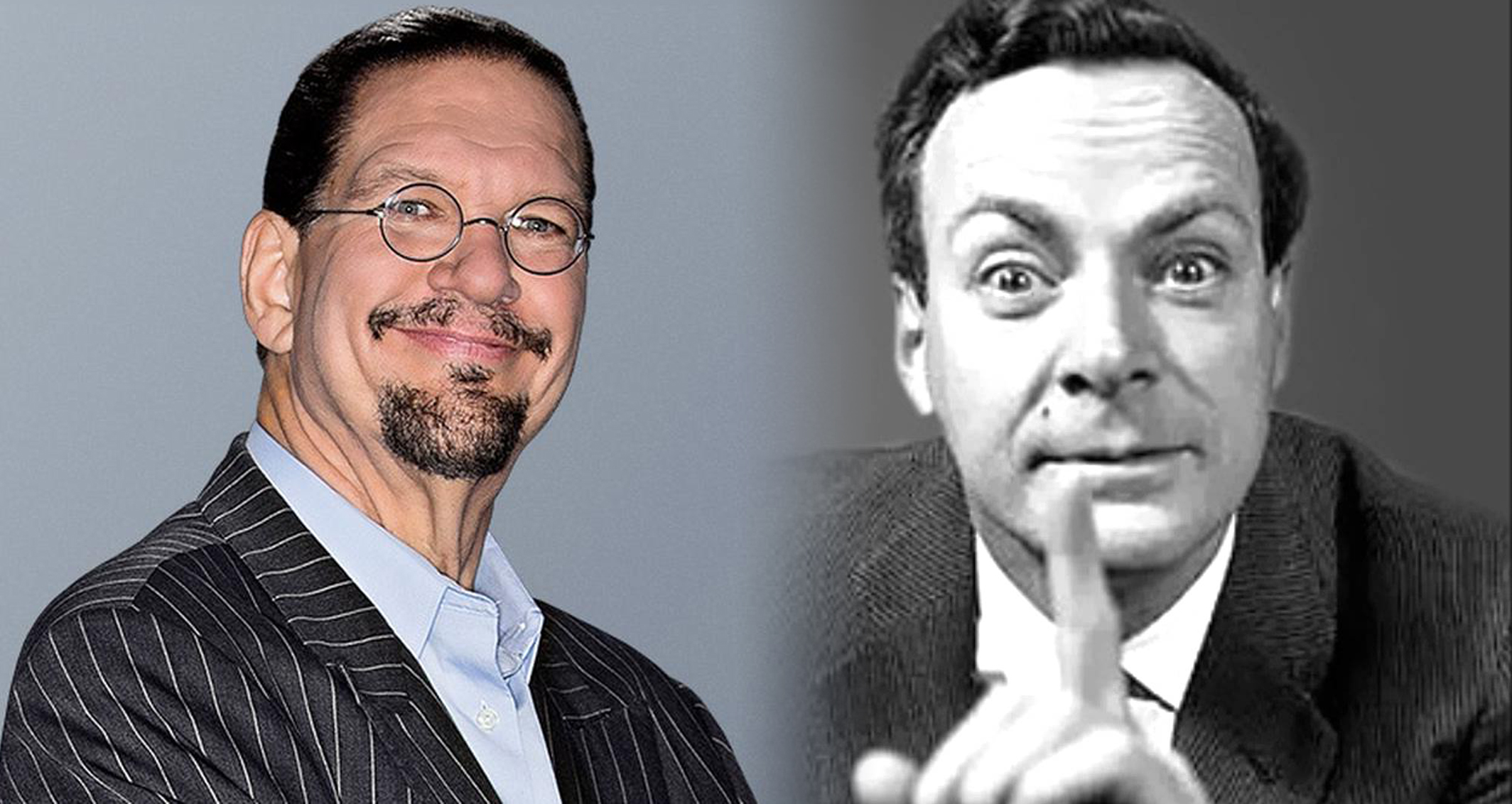 Over the last few days, I’ve been listening through the Penn Jillette episode of The Tim Ferriss Show while on the exercise bike and it’s been fascinating. Both subject and interviewer are great and there are lots of surprises throughout.

One of the segments that I listened to this morning was Jillette talking about his friendship with physicist Richard Feynman (starts around the 1:38:00 mark), someone whom Tim Ferriss has been interested in for years. The entire bit about Feynman is great, but two things stood out to me.

First was the way Jillette and Feynman met, which to me, is a great example of letting the world know what you’d like. At the time, Penn & Teller were doing a show in Los Angeles and put in their program a list of people that they’d like to see the show, and Feynman was one of them. After one of the shows, he introduced himself to Penn and also expressed appreciation for his description of science at the end of the show.

I’m not sure if someone had seen the show and told Feynman about his name in the program or if he just happened to be at the show and saw it or if he never saw the name and just enjoyed the show so much he wanted to chat afterwards. The way I see it, there’s a 66% chance that putting his name in the program assisted in the process of meeting the guy. It makes me realize how many things I’d like to do or people I’d like to meet that I don’t really tell anyone about. How do I expect any of that to happen?

Second was the idea of Richard Feynman teaching Penn Jillette high school algebra. It’s ridiculous on the surface, but also amazingly simple as well. Penn had read one of his books, didn’t understand it, had the author’s phone number, and called him with questions. In terms of connecting two points with a straight line, it’s tough to better.

Along the same lines, Feynman was Jillette’s first call when he was looking to use liquid nitrogen for a Penn & Teller bit on Letterman back in the day – which as Ferriss points out, is akin to calling up Picasso to see where to score some #2 pencils. Again, it’s kind of ridiculous, right?

Most of us don’t have access to someone at the peak of their profession – we’re not all connected to the snow leopards at the top of the mountain. However, if we were, how many of us would be bold enough to call them up with questions like that? In the vein, how many of us are bold enough to let the world know what we actually want and who we’d like to meet?

I probably wouldn’t, but I’m sure my wife would. I’m concerned about disturbing people, she’ll walk right up to someone without a problem. She’s polite and charming, but direct – something that mystifies me on a daily basis and part of what attracted me to her in the first place. Looks like I have some more learning to do.