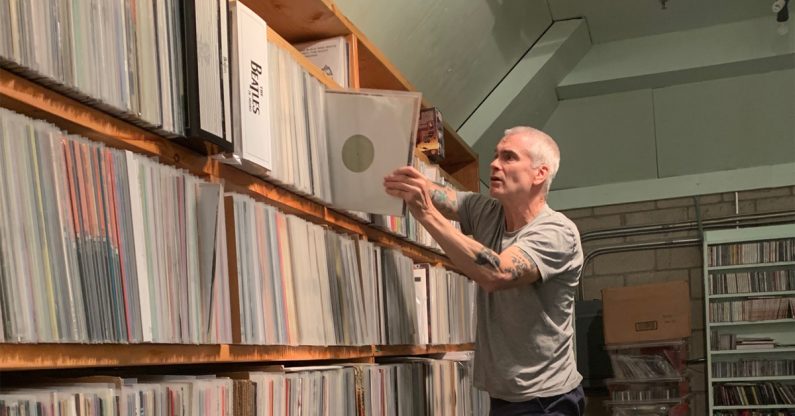 “This is going to sound very strange, but I’m a strange person, so… it’s par for the course.”

I could listen to Henry Rollins talk about music, his love for vinyl, old road stories, and just about anything else that comes into his mind all day long. There’s very little ear fatigue when it comes to me and Angry Hank, which is amusing because I’ve never been an avid fan of his music. But get the guy talking, and I’m in for hours.

One of the reasons I love vinyl is that it’s a physical as well as auditory experience. You go to the shelf, pick a record, look over the cover art, take the record itself out of the cover, remove it from the sleeve, place the record on the turntable, and then carefully place the needle at the beginning of the side. All that has to be done before ever hearing a note.

What’s great about Henry describing his listening experience is that he takes it a step further. That choosing who you listen to music with is just as important as what you’re listening to.

I’ve bored any number of people with what comes after the phrase “listen to this”. I’ve damn near put folks to sleep with a quick walk through my music collection because once I get going, there’s not much that will stop me. In fact, it’s remarkable that I haven’t organized my record collection biographically at this point.

Which is why I’ve now added a new life goal to my list. Some of the “dream home” wishes that I have are fairly mundane by the standards of the HGTV set. I don’t need a soaker tub or a waterfall kitchen island. However, I do really want a room big enough to have a pool table – that’s been on the list for a couple decades now.

The new addition is having a listening room. Maybe it can also double as a library – just floor to ceiling shelves filled with records and books, some good light, and a couple of comfy chairs.

Who knows? Maybe Henry will want to come over and listen to a side or two.