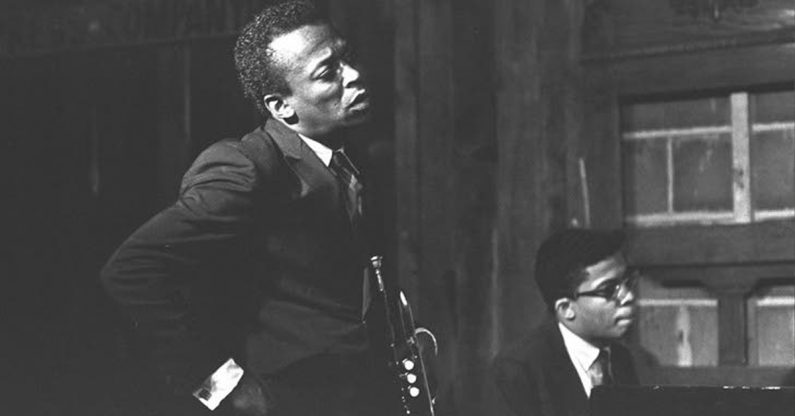 I’m a sucker for a good story, which is probably why I keep stumbling across this video and also relating the story myself. However, this time around, something else stuck out to me.

Hearing Herbie Hancock tell that story never gets old, but what baked my cookie this time around was what he said after relating how Miles Davis had corrected Hancock’s wrong chord – his mistake – with the choice of notes he used after and doing it all in real time.

How much of my life – and life on this little blue-green planet in general – could be different with a shift from “mistake” to “event”? How much of my own history is changed when looking back at things that I labelled as mistakes and calling them events instead while focusing on how I dealt with them? How much of the way I look at myself is changed from that simple shift in vocabulary?

We think in language – it has weight within our thoughts. Slapping the “mistake” label on things in our own heads is a powerful thing because it’s not some outside voice that can be ignored, it’s you speaking to you.

I’ve often said that mistakes on stage playing music don’t scare me nearly as much anymore because after making thousands of them, I realized that nobody died and the sky didn’t come crashing down. Besides, sometimes a mistake can be the most interesting part of a song or a performance – whether as a funny story or it’s the first domino leading to something else. But I’d never thought about applying it to my life in a larger way.

Now, what truly started getting my brain into fifth gear is applying this to other people and the world around me. Instead of looking at all the stuff around me as mistakes or being screwed up, what if I looked at them as events? And rather than spending my time grinding my teeth about them, finding something that fit?

Okay, so don’t misunderstand me here… I’m not taking responsibility for anyone else’s actions or for necessarily correcting everything that other people do. What I’m trying to get at here is finding how those things fit into my life and finding what my actions can do to create something harmonious. It won’t always work, but starting from that mindset sure raises the chances of success.

To me, it also means understanding when something doesn’t fit or that it’s time to play another tune. Because some times, other people refuse to collaborate in good faith – they’re trying to create discord or there’s factors in their life that aren’t letting them play well with others. Well, in those circumstances, it might be time to find a new combo or some other musical partners. Miles was willing to work with Herbie because 99% of the time, the man was on target – had he been blowing changes left and right, there would’ve been a bus ticket waiting for him at the hotel one morning.

But that’s all getting a bit in the weeds for a Monday morning. Mostly, I wanted to check in let everyone know I’m trying some new music these days. Don’t mind if I honk the chorus or get a little out of tune – I’m sight reading here.