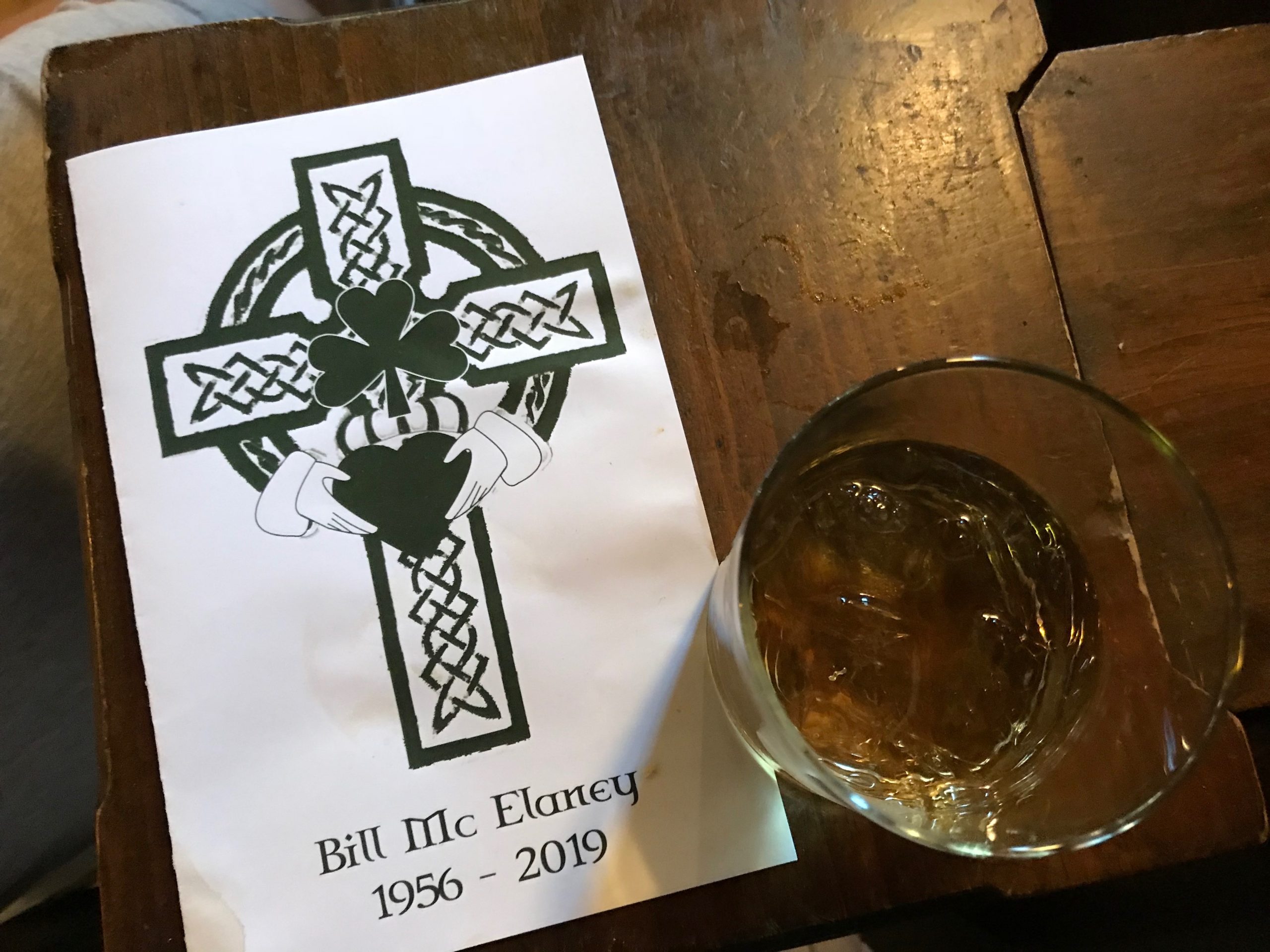 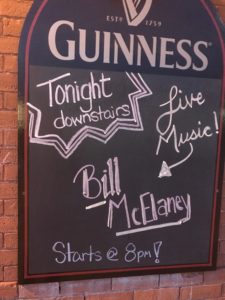 Bill McElaney is the type of person that I hope each of you has in their life. That person that you find yourself saying something along the lines of “If it wasn’t _______, I wouldn’t believe it.”

On more than one occasion, I heard Bill advise someone to learn to play guitar because it could take you around the world. This much I know is true. Bill traveled the world as a musician. And now that he’s passed away, he’s had memorials in Massachusetts, Rhode Island, New Hampshire, and more than likely in Ireland in the near future. If it wasn’t Bill, I wouldn’t believe that someone’s ashes could go on tour. But here we are.

I’m pretty sure that I met Bill some time in 1997 after I’d turned 21 and was invited to come to Biddy Mulligan’s with some friends from marching band. It was my first pints of Guinness and first taste of Irish music, and I took a liking to both immediately. Over the years, I’d write a newspaper article about Revels’ Glen (Bill’s band), build a couple websites for him, write liner notes for a CD, put together a fundraiser after 9/11 with him, travel to Ireland with him a couple times, and several other adventures that are lost to the mists of time. Or dead brain cells. Whichever you prefer.

The perfect St. Patricks Day that I wrote about? That was with him. The night when my Dad showed up at Biddy’s and surprised my friends by sitting down at our table while I was looking the other way? Bill was playing that night. In fact, Bill played my college graduation party – along with a surprise birthday party where he gifted me a pint of Smithwicks before it was readily available in the USA. At some point, I decided to start throwing Cinco de Mayo parties in spite of having zero heritage to back it up and decided that having an Irish band play was the perfect cherry on top of that particular confusion sundae. Bill was there. 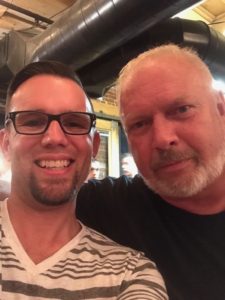 Because of Bill, I once spoke with Tommy Makem on the phone and convinced him to donate a couple autographed CDs for a fundraiser.

Because of Bill, I’ve grown to love Ireland as if it were some kind of secondary homeland.

Because of Bill, I once had the opportunity to sing “The Drunken Scotsman” at a bar during a gig with my funk band because I recognized the former owner of Biddy’s at the bar in Naples, Maine (of all places).

Because of Bill, I wanted to start my own band.

Because of Bill, I have countless memories of laughter and song with him and my friends.

Because of Bill, I learned that music can take you farther than you ever imagined.

God bless you Billy. Even though it feels like there’s something missing from the world now, all of us who had a chance to travel along that adventure you called a life also have something extra that we can always carry with us. You were a crazy man, a kind man, an artist, an agitator, a friend, a family member, and someone who we’ll always remember. Thank you for bringing some extra joy into all of our lives.