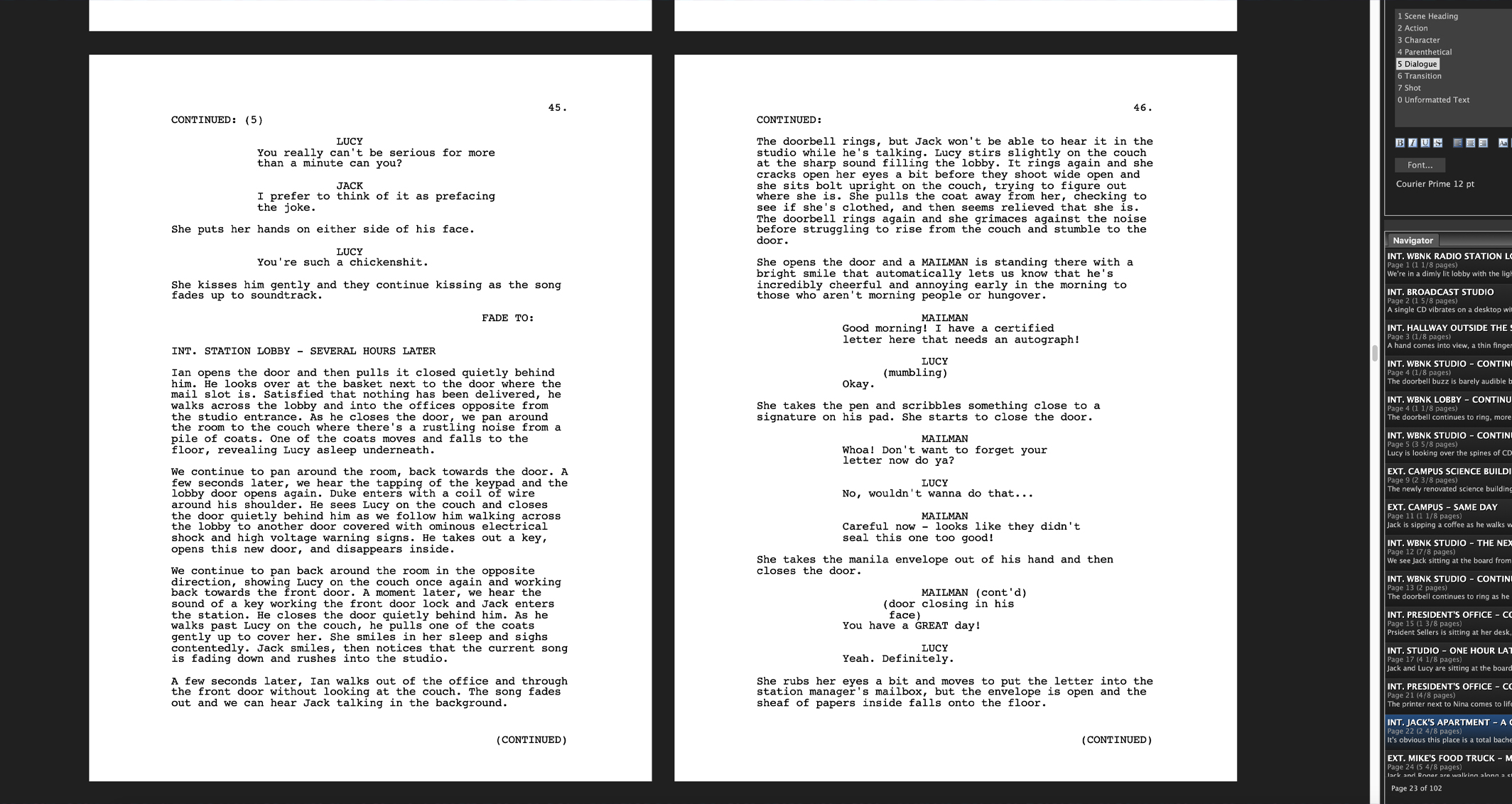 As I mentioned before, the screenplay I’d been working on last year had stalled. Nothing really to do with any issues I was having with the story, it was mostly a combo platter of not being sure if I could convincingly write dialogue for people in their early 20’s (the story takes place at a college) and a heaping helping of “I don’t have a deadline so I’ll finish it when I’m good and ready.”

And I was fine with that for a long time. Until I wasn’t.

I’ve been thinking a lot about Neil Gaiman and his writing process lately, and one of the things I keep coming back to is that writers finish what they write.

I both love and loath how simple Gaiman’s writing advice is – that writing is simple because all you really need to do is… write. You write, keep writing, and finish the things that you’re writing. It’s almost the same as Stephen King saying you sit your ass in the chair and get to it.

Well shucks, when two very successful writers have the exact same advice, perhaps it’s time for me to listen.

So I (digitally) dusted off my in-process fourth draft of my script last night and started to assess where I was at. Much to my surprise, it was similar to when I decided last year to finally get the first draft finished come hell or high water – I was much further than I’d realized. In this case, there’s definitely a bunch of moving and shaping that needs to be done, but the major pieces are there. Bonus, there’s a bunch of stuff that’s getting cut out! Not bad considering I’m shooting for a tighter script and that some of the cuts can be re-purposed to fix a couple other issues.

After thinking that I was done screenwriting for the near future, it appears I’m back in business – at least until I get this draft done.