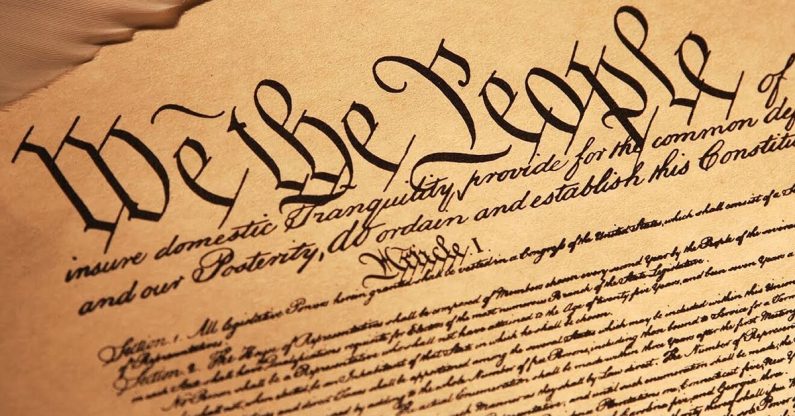 Most of us don’t keep a phone more than a couple years or a car for a decade. Looking at technological advances alone, we live in a totally different world than we did 20 years ago. If you want to talk about how big of an effect social media has had on the world and our country, then you’re talking less than 10 years ago.

When the US Constitution was written in 1787, our country didn’t exist west of the Mississippi River or south of Georgia. Non property owners couldn’t vote. Women couldn’t vote. Slavery was not only legal but thriving. Steamboats and hot air balloons were revolutionary new technologies and the threshing machine had just debuted. The invention of the telegraph was about 50 years away.

I’m not trying to advocate ripping up the Constitution by any means – but if we don’t examine what we’re doing and open ourselves to change, then we might as well. Because if you take growth and change away from a living document that was written with built-in mechanism for just that… it might as well be dead.

So what point are you trying to make here Todd? And from which end of the political spectrum are you shouting it?

I’d just like to live in a world where we can have real, adult-level discussions about things without devolving into shouting matches where the fallback is what a bunch of people said a couple hundred years ago in a completely different world, so that’s that. It’s not about saying they were right or wrong, it’s about what’s right or wrong now. Obviously, folks who were willing to consider other human beings as property aren’t scoring 100% on every test.

Thomas Jefferson, the fella who tossed out that nifty quote about the tree of liberty being refreshed with blood that a lot of folks seem awfully keen on also had something to say about this. He suggested that the constitution should be rewritten every 19 years so that the laws and form of government would belong to the present and not the past. Not so sure how those tree folks would feel about that, but he done said it, so don’t be mad at lil’ ol’ me.

It’s an interesting concept if only because ideally, it’d mean an examination of the status quo and how that works for the current times. I say “ideally” because if we’ve proven anything in the US, it’s that we can politicize a hotdog eating contest or a tip jar. But it’s something, right?