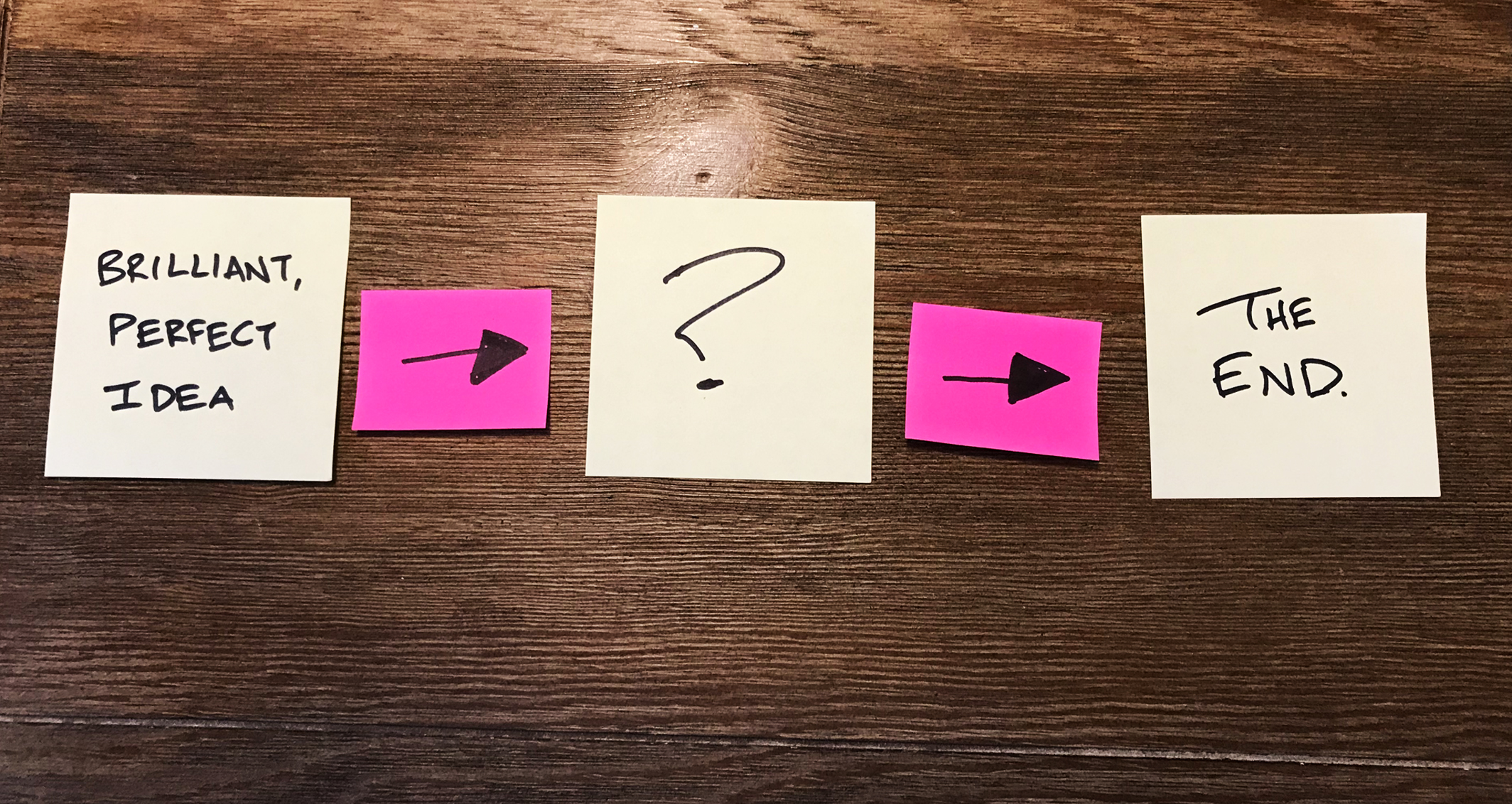 Yeah, I said it. Of course, I’m only one in a long line of people who have said it, so please don’t think any credit is due here.

In learning about screenwriting, I found there was two schools of thought: those who guarded their story ideas as if they were a precious hidden treasure and those who didn’t. And I can understand both sides.

There’s something about an idea that is special, but a lot of that comes from our perception of it and where it came from. The idea comes from us and most of us, for whatever psychological reason du jour you happen to subscribe to, would like to think of ourselves as special in some way. Even the idea that we aren’t special kinda makes you think you’re special because it feels like you’ve figured something out other people haven’t. You’re part of an elite. You liked the band before anyone else. You actually understand and appreciate Infinite Jest. Whatever.

So it’s natural to want to guard every idea as if it’s a gem that makes the Hope Diamond look like a trinket. The trouble is, most every idea that you or I have or will ever have is a variation on a theme. It’s a remix or a cut-up. Sorry to say, but we’re all guilty of sampling and owe some mythic literary James Brown or George Clinton some serious royalties. … Which is good, because chances are good they owe someone else royalties as well.

Ideas are worthless until you do something with them. I have a great idea for a story! Who cares until you write it? I’ve got an idea for an app that will change the world! Super, go ahead and code it so it can do what you say it’ll do. Until acted upon, an idea is nothing but wishful thinking.

Of course, that’s also why we like to guard them as well. Because as long as they stay in that idea stage, they’re perfect. There’s no lack of tension in the second act. There’s no broken line of code somewhere in the heart of the thing – it’s just this thing that exists on in the imagination. And as long as it stays there, we can live under the delusion that it’s perfect.

That was one of the issues with the screenplay I worked on last year. It had lived inside my head for years before I finally sat down to get beyond the first few pages, and when I did… yikes. There were cracks and issues and troubles everywhere I looked. What had seemed so perfect in my head was suddenly a submarine with a screen door.

I love set-ups. Coming up with a wacky premise is fun and damn near second nature to me. But actually sitting down (or standing as I’m doing now) to write the damn thing? I don’t think so. Whattaya think I am, a writer? Oh, wait a minute…

So what’s the remedy? Blabbing ideas all over the internet or bore all your friends and family with them? Unless they’re asking for something to help them off to sleep, no.

One of my goals for this year is to revisit the screenplay I’ve set aside and finish the fourth draft. Another short-term pair of goals has to do with a new story that’s been bouncing around in my head for a few weeks now. Rather than just let the idea be perfect, I’ve started poking at it with a sharp stick, and the faults have started to show, so now I’m patching those up a bit and thinking further down the line past the set-up. That’s minor goal one: get beyond the set-up in my head.

The second goal? Start writing it. I know, brilliant method, huh? But sometimes, goals need to be that simple and obvious. Start the thing, get some words on a page and then keeping adding to it. I feel just about ready at this point, like the characters have a little depth to them and there’s just enough of a notion where the thing is heading that it’s time to put the car in gear.

Ideas are a vehicle parked with the engine off. Turn the key and get that thing in gear.