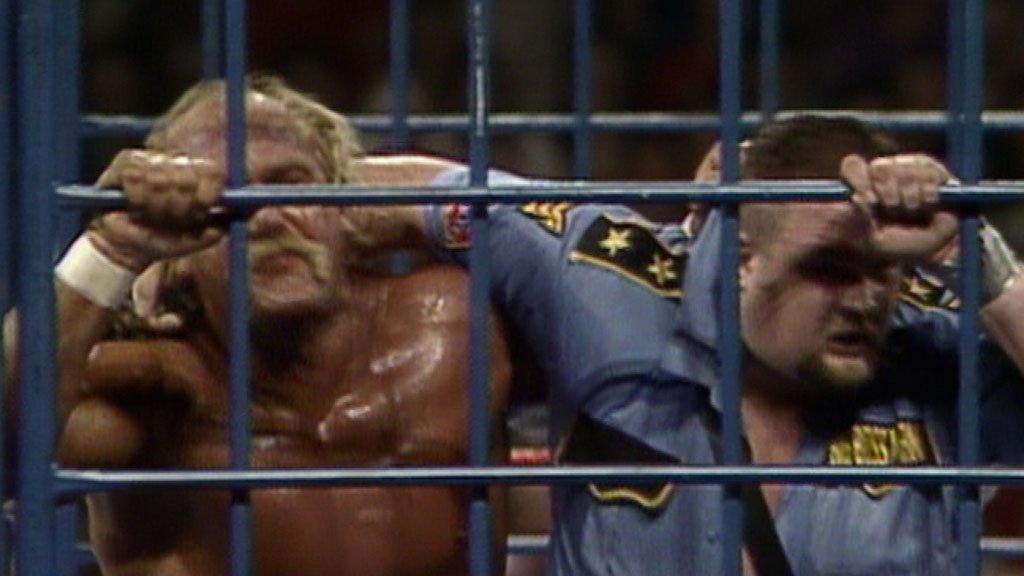 Looking back through the haze of nostalgia, it was a very big deal to me at the time. I had posters of Bret “The Hitman” Hart, the painted face tag team Demolition, and a couple others hanging on my bedroom walls. I watched wrestling shows on TV and thrilled to the banter between Gorilla Monsoon and Jesse “The Body” Ventura at ringside. Seeing these giants of sports entertainment in person was amazing.

That main event that sparkled so brightly in my memory? Hulk won over Boss Man via a count out. Not exactly a finish to write home about.

Which all leads me to say… Werner Herzog is an interesting guy. Along with being a renegade auteur filmmaker, he also enjoys some Wrestlemania as well. I’m guessing that he’s referring to WWF/WWE, but you can never quite tell with a guy like Herzog.

The idea of professional wrestling as this spectacle that a lot of highbrow artists would look down upon but which actually can be superior to some more “enlightened” forms of entertainment is something I can agree with. It’s an amazing form that combines acting, spectacle, drama, and superior athletic ability. Sure, it’s gaudy and gauche and insane. But it’s also a good laugh, fun to watch, and occasionally transcendent in its athletic achievement.

Wrestling faded from my interest by the time high school rolled around, but made a surprise resurgence for me in college. This was at the height of WWF’s “Attitude Era” with stars like “Stone Cold” Steve Austin, the Undertaker, the Rock, Triple H, and many more. I was back in, then just as suddenly a few years later, I was back out.

Third time is the charm I suppose, because now I have new podcast out where Tim and I recap last month’s WWE Survivor Series. It was the second wrestling show I’d watched in about 20 years. And you know what? It was a lot of fun. Bright lights, explosions, acting (both good and bad), over-the-top characters (both good and bad), and athleticism that I sometimes couldn’t believe.

In other words, not a bad way to spend a Sunday night.