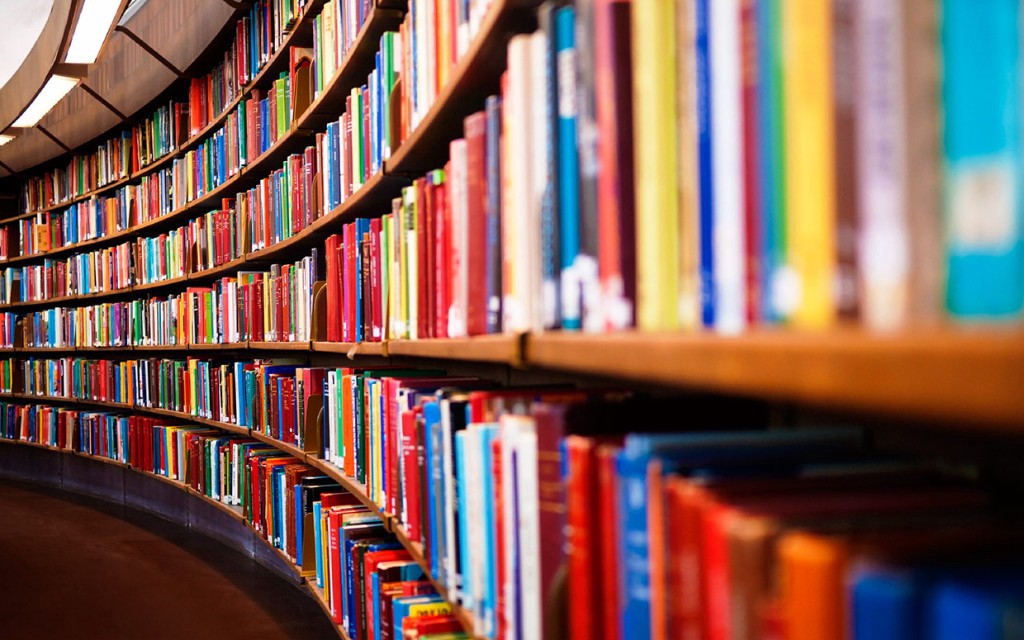 One of my goals for 2018 was to read more, but I also had a numeric element as well – I wanted to read twice as many books as I did in 2017. Considering that 2017 worked out to be an even dozen, I thought 24 books wasn’t an unreasonable goal. As it turns out, I came up three shy of my goal by turning into a reading slouch for a few months towards the end of the year. My goal for 2019 is to read 25 books, but here’s a look back at what 2018 held. I’ve done a quick list and then a list with some comments after the read more if you’re interested.

Starship Troopers by Richard A. Heinlein

Since my only point of reference was the 1997 movie, my expectations were not extremely high for this one. However, after reading The Man In The High Castle last year, I decided to give this one a try and it was well worth it. It is interesting (from a writer’s perspective at least) the choices that were made in adapting the book to screen, which is another good reason to give the book a read. I haven’t done a compare and contrast with the film yet because… well… I just prefer to remember Neil Patrick Harris as the deus ex machina from Harold And Kumar Go To White Castle rather than a member of the faux Gestapo.

Ready Player One by Ernest Cline

Oddly enough, the first Sherlock Holmes stories I read were the ones from a collection that came out some time in the 80’s an included a story by Stephen King. I then worked back into the original stories and realized that I’d forgotten a lot of them over the years, so this was a fun exercise in remembering some and reading others for the first time.

This is almost a yearly read for me at this point. Kim found this at a yard sale for pennies and it’s been a worthwhile investment to say the least. The fact that it includes Thompson’s writings both about the 1972 presidential campaign, the Watergate hearings, and Nixon’s resignation make it an interesting read and reminder of what a keen observer and sharp writeer The Good Doctor was.

Mornings On Horseback by David McCullough

I’d read a great biography of Theodore Roosevelt’s time as President a few years back (Theodore Rex by Edmund Morris), so I was excited for this book. As it turns out, I didn’t like it quite as much but it’s still worthwhile to understand how one of history’s greatest badasses got their start in the world.

Brothas Be Yo, Like George, Ain’t That Funkin’ Kinda Hard On You? by George Clinton

Found this one in the discount bin for a buck and you know what? It was a good read. George Clinton is one of those figures that could be easy to dismiss because of his stage persona and his chemical-induced troubles throughout his career, but at the end of the day, this cat was sharp. Not a great businessman (which he freely admits) but someone who helped to change music.

How To Be Good by Nick Hornby

All right, I didn’t finish this one… but I slogged through two thirds actively hating every page and hoping it would get better, so I’m giving myself credit for time served. If you enjoy reading the prattle of a whining protagonist by all means give it a spin. If not, I’d give it a hard pass if I were you.

The book that kicked off a lifelong love of biographies, I read my old paperback version of this book so many times it wound up in three pieces. When I found this hardcover copy used for a couple bucks, it was as good as mine. Yeager’s life is one that could probably never happen again – a few years earlier or later and he’d have missed out on being part of the golden age of flying. The stuff of legends.

I’m not a zombie or horror fan by any stretch of the imagination, but since this book reads more like an oral history I was willing to give it a try after finding it in the discount bin. Turned out to be a good quick read and I enjoyed it.

I’ve been trying to work in some more classics to the rotation and took the chance to read this one nightly with my daughter Kaelin. The prose itself is a bit of a tongue twister to read out loud, but it’s good fun and she seemed to enjoy it as well.

Shalimar The Clown by Salman Rushdie

I knew absolutely nothing about Rushdie as a writer aside from the fact he lived under threat of death for years after authoring The Satanic Verses, but damn… I’m really glad I took a spin on this book. His writing style is intoxicating and beautiful. It also made me realize how narrow my reading had been in terms of reading mostly works from authors in the Western world. Here’s an incredible book taking place in many places completely foreign to me – which actually helped pull me into the book even more since I had to pay close attention to keep my geography straight.

So yeah, of course I had to read another Rushdie book sometime in 2018 after Shalimar The Clown. This one is even more wild, which I didn’t think was possible. The title is a another way of numbering the thousand and one nights of Arabian Tales fame. I can’t even begin to describe the plot of this one, so you’ll just have to read it yourself – but trust me, you’re in good hands.

The Tin Drum by Gunter Grass

I came across this one in the discount bin as well and was tempted with the “one of the great novels of the 20th century” blurb on the cover. To be honest, I’m still not entirely sure what this book was really about and I’m sure there’s about 10 layers of subtext that I missed, but it was worthwhile reading if only because it was so far outside my comfort zone.

Kill ‘Em And Leave: Searching For James Brown And The American Soul by James McBride

I’m fascinated by James Brown and how influential he was on American culture – someone who had an incredible impact on the world and yet might still be underrated in terms of his sheer genius. Definitely not a strict biography or history but almost veers into Gonzo journalism in that the author’s getting the story becomes part of the story. Devoured this one.

On a whim, I decided to make this my entree into graphic novels. I’d heard so much debate about the failings and triumphs of Zack Snyder’s movie that I needed to see this for myself. Yeah, I think there’s a good case to be made that Snyder missed the mark, but if you’re going to hold him to being more faithful to the source material I’m not sure if anyone could’ve managed to pull that off. Reading this in the 21st century, it functions as a pretty amazing time capsule as well as comics as high art.

The Hitchhiker’s Guide To The Galaxy / The Restaurant At The End Of The Universe / Life, The Universe, & Everything / So Long And Thanks For All The Fish / Mostly Harmless by Douglas Adams

All right, so I cheated a little bit here and screamed through all of these as part of the “ultimate” collection of the most deceptively named trilogy in literary history, but since I read them all back in grade school and junior high as individual titles, that’s the way I’m counting them. Still amazingly fun after all these years.

Hope you enjoyed the rundown!