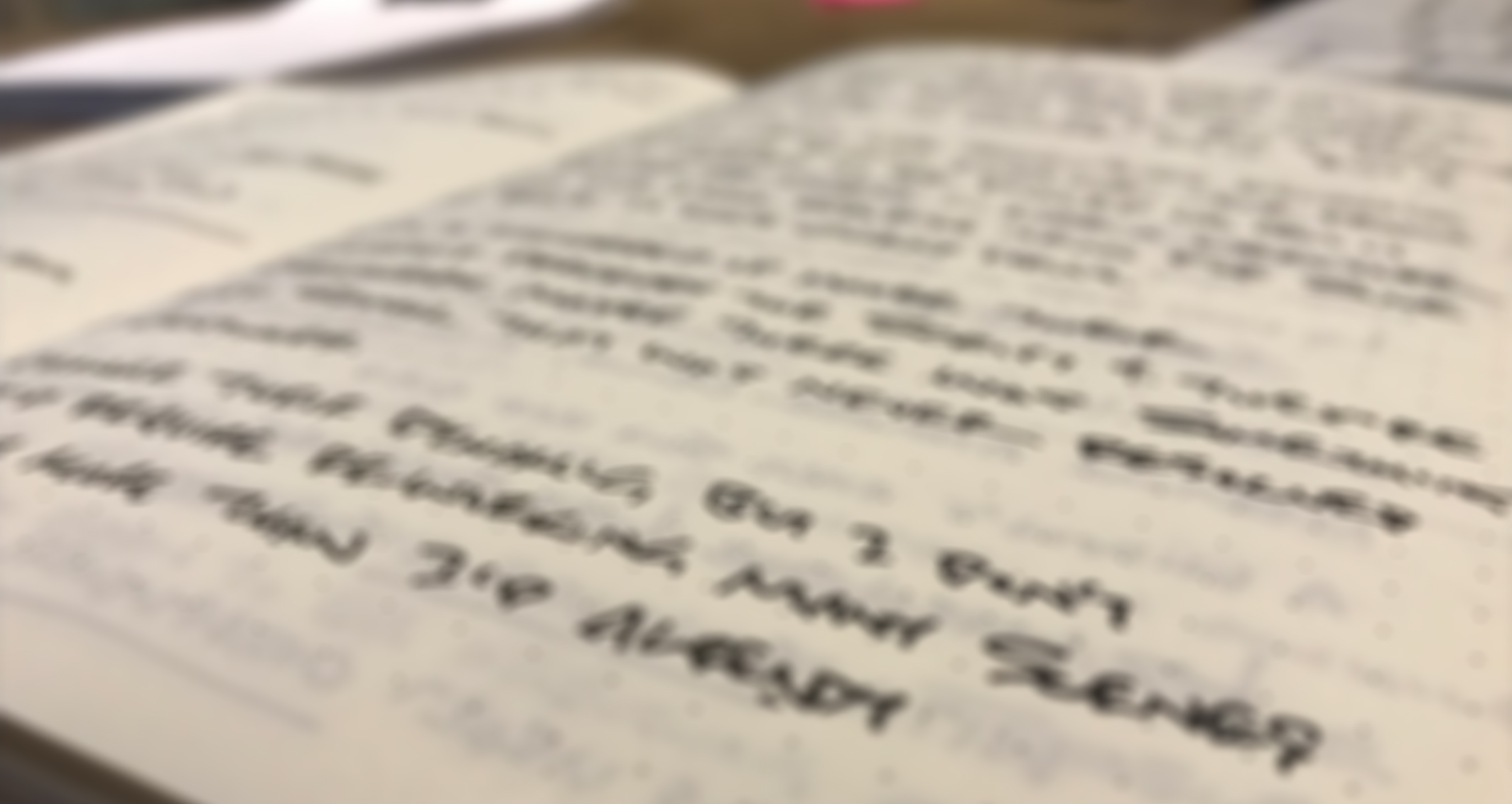 At some point, I stopped submitting poems for publication in magazines and journals. For about a year, I’d spent hours tracking submissions, printing my own custom envelopes trying to catch an editor’s eye, writing cover letters, and all the assorted tasks that come along with trying to get published. At the end of the time, I had exactly one publishing credit.

It wasn’t the lack of acceptance that made me stop, although I suppose it didn’t really help either. I decided to mash on the brake because of all the things that I was doing, writing poetry really wasn’t very high on the list. In a moment of clarity, I thought if getting published means writing less or even writing specifically for an audience, is it really something I want to do?

When I start getting down on myself for falling behind on a project or outright abandoning it, I think back to that moment and I’m reminded to be a little more kind to myself. What and who am I doing this for?

At present, I have a screenplay that is on its fourth draft. It’s pretty good, has commercial potential, and I have all the information I need to finish the current draft. However, there’s a piece of it that has made me put it aside for the past six months or so. The script is set in college with students as the main characters and I’ve been told that they sound much more like a 43 year old than someone in their early twenties. So I’ve taken some time to decide whether I’m really the person to write this thing. Of course, every movie and television show I catch with dodgy writing and characters edges me closer to finishing it, but I haven’t quite gotten there yet.

I also have a book of poems that has stalled for no particular reason aside from I needed a break. The subject matter, death, is a little heavy to carry around for long periods of time. I’m probably halfway to completion on that.

Do I wish that either or both were finished? Sure, it’d be nice. But it’s not like I have a publisher holding the presses for the book or an agent in Hollywood trying to stall a studio because their eccentric writer who lacks the good sense to live in California hasn’t come through with the pages yet. Even being commercially viable, there’s no guarantee the movie will ever get made – in fact, the odds are against it. The book? Even more so. I’d still like for them to see the light of day, but… for right now, they’re just for me.

To further muddy the waters, I’ve been thinking about the differences between Star Wars movies lately – The Last Jedi and The Rise of Skywalker to be precise. I prefer TLJ because I felt Rian Johnson walked the line between fan service, making the next logical step with the characters, and also doing something that was his. What happened? A bunch of fans hated it. Then comes along TROS where J.J. Abrams went out of his way to course correct, heap fan service on top of fan service, and then drizzle nostalgia over the whole thing in heaping gobs. What happened? A bunch of fans hated it.

Watching The Force Awakens last night, I think it’s more of an Abrams movie than TROS because he went out of his way to apologize for TLJ and lost his way. That can happen with our own creativity – where we spend so much time trying to overcome what we feel are inadequacies or mistakes rather than just doing something. Anything.

Rather than trying to apologize for something that didn’t work out, I’m trying to look at it in a different way. Oh, that sucked and you didn’t like it? Huh. Well, try this new thing then. Didn’t like that either? Huh. Come back next time and we’ll try it again with something new.

By the way, the Cyril Connolly quote comes from the excellent Tim Ferriss weekly 5-Bullet Friday email that is a great subscribe I highly recommend.