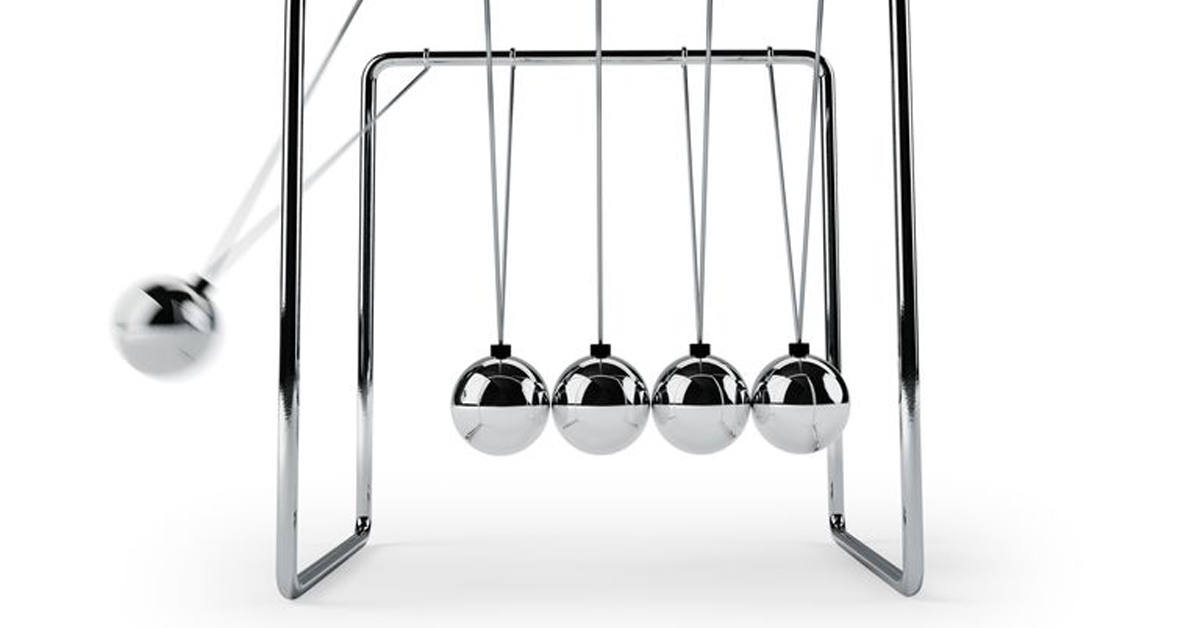 This year has given me a good grasp of what “aging in dog years” actually looks like. Last month feels like last year, March seems like it was a decade ago, and last year feels like it was the turn of the century.

Back when this whole thing started, folks were having their Zoom Cocktail Hours and deciding whether they’d spend their extra time learning to bake their own bread from scratch by farming the wheat themselves or gaining the skills to build their own loom while also raising their own sheep for wool.

It was a more innocent time, wasn’t it?

From our good friend Isaac Newton, we all learned that an object at rest will remain at rest or an object in motion will remain in motion unless a force acts on it. Which is why I’ve stopped putting so much stock in momentum.

The ugly fact is, even in a perfect world, there are always forces acting on us. Trying to coast doesn’t work because not only are we constantly being slowed down by the forces of the world around us, I’d contend we usually stop a lot sooner than we realize and then continue an illusion of motion out of denial. We think we’re still rolling when we’ve actually ground to a halt a long time ago.

One of the benefits of developing small daily habits is that it becomes a little push each day. Getting a page typed even on days when I don’t feel like it. Getting on the exercise bike even though I really don’t feel like it. Editing a podcast when it feels like it takes forever. A little bit each day and I keep rolling, creatively speaking.

“Truth is ever to be found in the simplicity, and not in the multiplicity and confusion of things.”