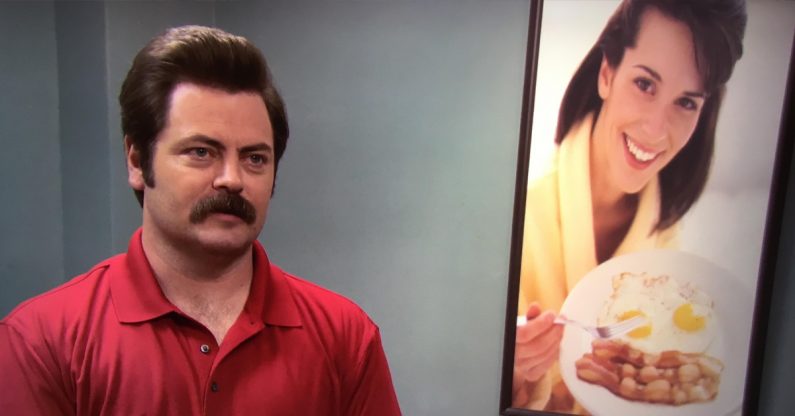 The Friday Five is a semi-regular thing where I share some things that I’ve been digging recently in the hopes that someone else will dig them too.

Yes, I am extremely late to the Babish party and yet I make no apologies. There’s simply too much stuff out on the interwebs these days for any one person to reasonably get a handle on without getting some type of cerebral implant, and since that’s just too damn expensive, I am resolved to either being surprised or feeling dumb. Anyways, the chicken fried steak (with gravy) portion of this video inspired my choice for our Valentine’s Day dinner this weekend, so I thought it was worth sharing.

As someone who has always had a fascination with aircraft, has read Chuck Yeager’s autobiography a half dozen times, and been geeky enough to have a longtime subscription to Air & Space Magazine, it’s nothing short of amazing that I have never read this book or seen the movie based on it. However, my recent birthday book spree found me staring at a discounted copy and zero excuses. I’m only a couple chapters in, but Wolfe’s writing style is suiting me quite well and I think this is going to be a re-read at some point.

Professional wrestling is a weird business no matter how you slice it. Fake fighting and over-the-top stories mixed with colorful costumes and characters for the purpose of mass entertainment. However, it’s also a business full of real-life characters and behind-the-scenes drama that sometimes rivals what plays out in and around the ring. Paul Heyman is one of those characters – a master storyteller who also doubles as a mad scientist who truly loves what he does. Here, he’s talking about a famous “shoot” interview on Vince McMahon, the owner of the WWE. In wrestling terminology, a “shoot” is something that’s legit and real, whereas a “work” is something that’s happening for the purposes of story, or fake. I won’t spoil the thing and let Paul fill you in on it, but suffice to say that the story behind what happened is just as good as what happened.

#4 – Several Shades Of Why by J Mascis

This one comes courtesy of Henry Rollins from Amoeba Music’s series of “What’s In My Bag?” videos. Never heard of this guy before, but the quick sample that played over Henry while he talked about the album was enough to get me to give it a try. It’s a beautiful piece of work.

#5 – Henry Rollins: The One Decision that Changed My Life Forever

Okay, one more bit of knowledge and wisdom from Henry Rollins before we call it quits for this week. I’ve watched this video many times and continue to be inspired by it. Taking your shot, whatever it is, can be a scary decision. I don’t believe that for everyone it’s a one-time, huge life-changing roll of the dice, it can a series of things that add up to that one big thing.

If you enjoyed any of this, found it useful, or were just pleased to find somewhere on the internet free of cat photos for a couple minutes, I’m glad. Perhaps you’d like to check out some of my other recent posts below.