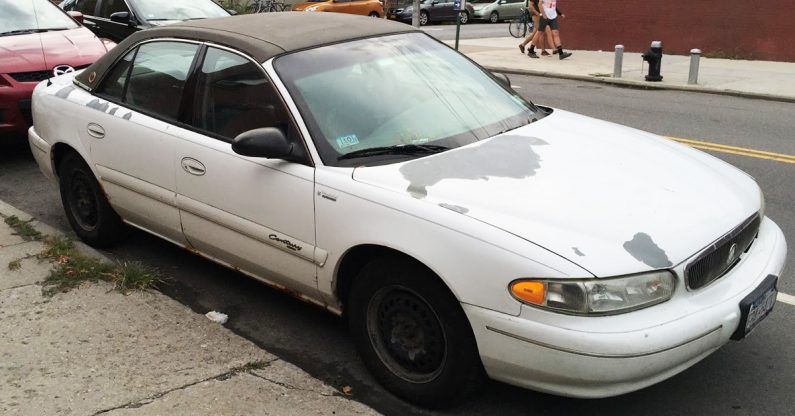 I spent four months of my late 20’s working as a car salesman.

Luckily, I was paroled for good behavior, although I live in constant fear that someday, I’ll accidentally commit an offense dastardly enough that I’ll have to return for the rest of my sentence. Sometimes, I’ll wake up in a cold sweat, heart pounding with the words “I’ll have to ask my manager” on the tip of my tongue. It’s my own version of the night terrors.

However, one thing that always stuck with me from my time walking the lot was something another salesman had mentioned as we stared across an expanse of pavement and undesirable cars one day. We were leaning on a Buick LeSabre and he casually said: “They call this a Presidential Edition, but have you ever seen any President driving around in a Buick?”

For those who don’t know, the Presidential Edition is basically a gimmick where they add fake leather (or rich Corinthian leather if you prefer) to the top of the car and down the back along with a couple pseudo-presidential seals here and there to make a bland car… just as bland… but now with pleather or canvas! It’s lame, but I suppose someone actually likes it because GM made a bunch of ’em, so there must’ve been people buying them somewhere. Unfortunately, none of those people lived anywhere near the place I worked.

Which is all to say that here it is Presidents’ Day in the USA and I don’t much feel like writing about Presidents. I have many opinions on what’s been happening with that particular position on our country’s masthead over the last few years and don’t particularly feel like devolving into a frothing rant at this moment. As fun as that might be to read, I haven’t had nearly enough coffee this morning to fuel the thing and as I’ve gotten older, the cost of recuperating from a full-on rant bender has become a high price to pay. I’m trying to pick my spots.

So whatever place you might find yourself this morning, I wish you well and hope that whatever this day holds for you, it includes some fun and surprises.