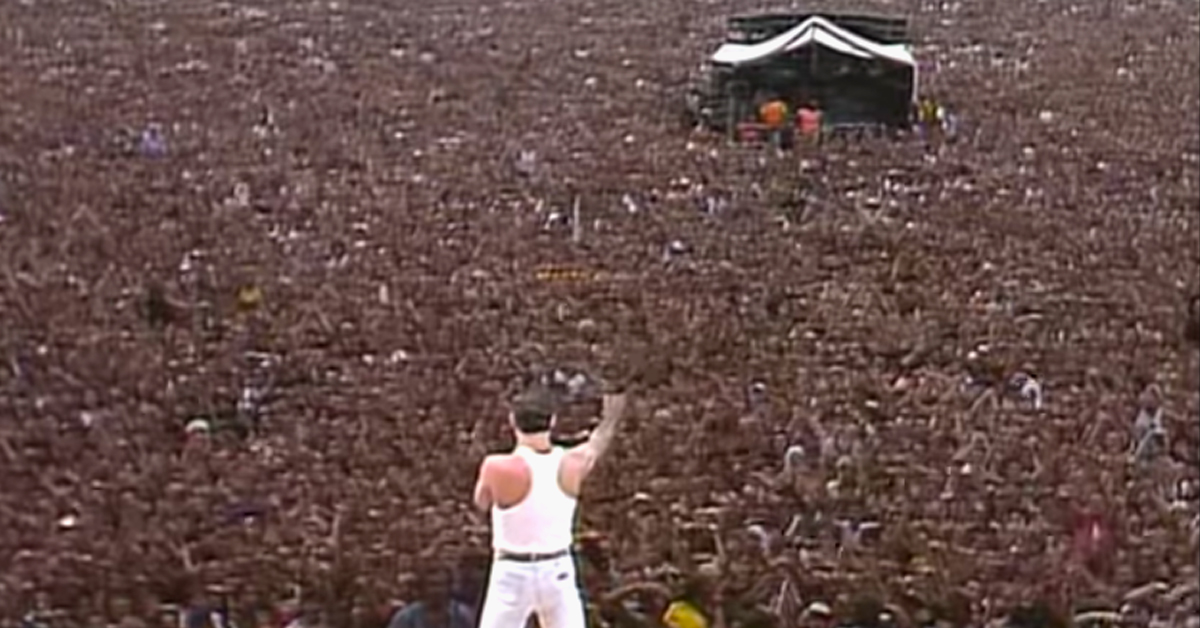 Thirty five years ago yesterday, Queen played one of the greatest sets of rock n’ roll ever at Live Aid, and Freddie Mercury personally taught a masterclass on How To Be A Great Front Man.

Oh yeah, and Freddie also supposedly had a throat infection at the time, was advised by doctors not to sing, and did it anyways because… well… he was Freddie Effing Mercury darling.

I’ll watch this set from time to time, but decided to share it with my daughter last night on the big screen with the sound cranked. Being thirteen, there was the required amount of skepticism when Dear Ol’ Dad started sharing something from Back In The Day, but within a minute or so, she was hooked.

What makes it a great set? What makes it timeless? I think it’s the call and response – Freddie’s interplay with the audience and the way the songs lent themselves to being interactive. Was it just the band playing to a hometown crowd? Not so much. As the video above says, people in Philadelphia were following along to the claps on “Radio Ga Ga”.

Hell, to this day, Queen will still rock your show harder than you do without even being there.

Somehow, I think Freddie would’ve gotten a kick out of that.