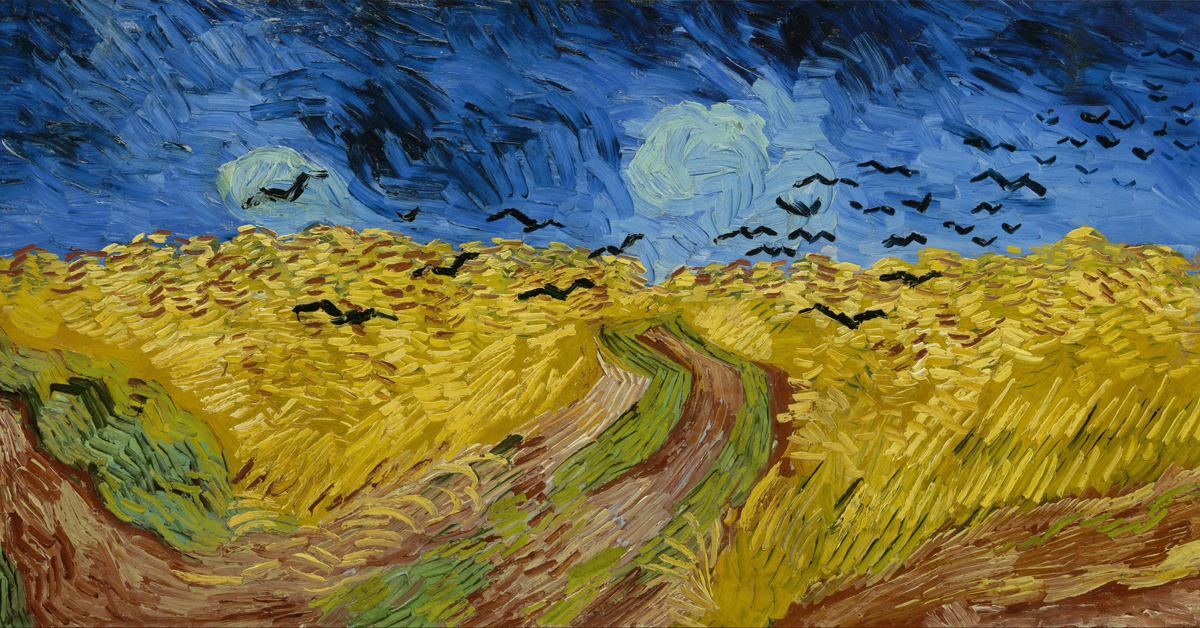 I’ve often joked that the reason I gave up on reading Moby Dick was that I ran out of time. In the unabridged version on my shelf, it takes 100 pages before we get to the boat and then another 100 pages until the first mention of the white whale. Sorry, but wasn’t this book about the whale? I’m all for suspense, but there’s a limit.

All of which I’ve been thinking of as I read through the first quarter of Van Gogh: The Life because I keep waiting for the painting to start.

That’s not to say I’m not enjoying the book or that the writing isn’t good or entertaining. It’s just… I guess there’s a lot I didn’t know about this guy.

After all, don’t we all assume that great artists come out of the womb and just start doing their thing? Or, at least, isn’t that the excuse a lot of us reach for when ditching out of something that’s hard? Oh, I couldn’t possibly be as good as ____________ because they just… um… were good… er… forever.

I’m not exactly sure when Vincent started painting because I haven’t gotten to that part of the book yet, but reading this from the future, it almost seems like he did everything he could to avoid doing what he would become famous for. He was in sales, a clerk, and wanted desperately to be in the clergy. It’s enough to make you want to reach through the pages, shake the guy by his raggedy lapels, and push him off to the nearest paint store.

Funny thing is, I think that’s most of us from a future perspective. We don’t really know where we’re going until we get there in a lot of cases. And it’s tedious and depressing and insanely confusing while we’re in the moment trying to get there. It’s like driving around Newark after dark when you’ve never been there trying to get to some other town that could be almost any direction (trust me I’ve been there).

However, a shift in perspective changes everything. Maybe Van Gogh hasn’t picked up his paints yet, but the prep work had already started. His mother taught all the Van Gogh children to draw. His uncle was in the business of selling art prints and gave a job to Vincent where he was exposed to an entire world of styles and colors. Granted, he was later fired from the job, but still – it was all preparing him for what was coming.

I’ve started looking for the things in my life that have been frustrating and trying to see what they might be prep work for. You?