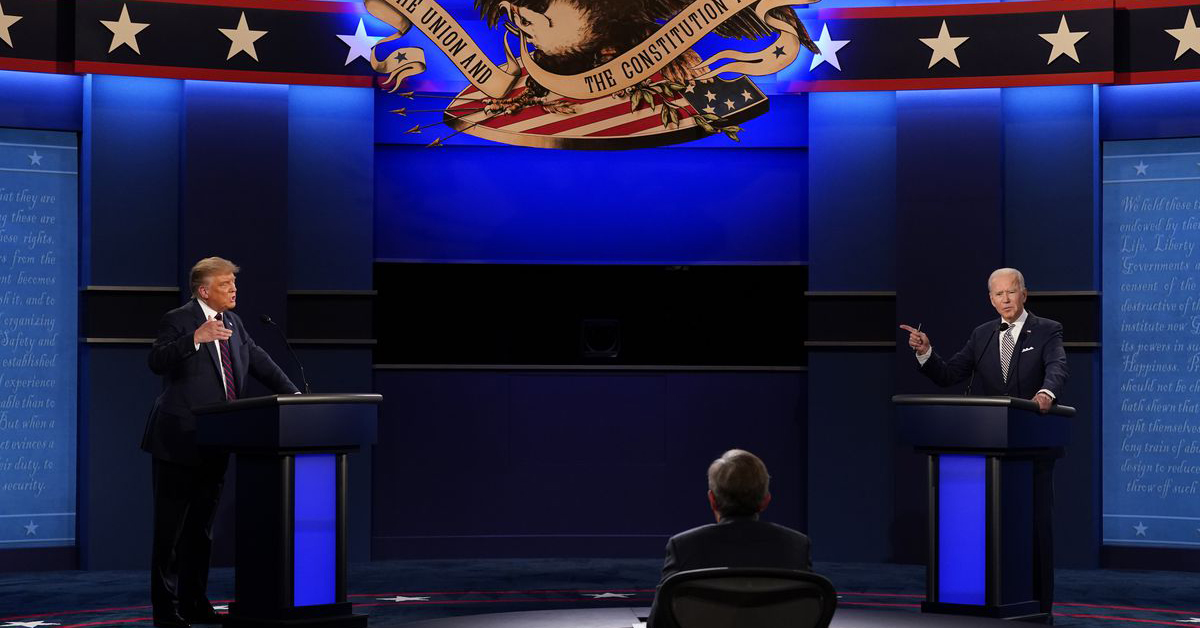 Perhaps it was a great failing of my civic duty, but I didn’t watch the first presidential debate between Donald Trump and Joe Biden. I’d say that more important matters demanded my attention, but I’ll be honest with you… damn near anything would’ve been more important to me than watching that rugby scrum of a “debate”.

First of all, taking the participants out of the picture for a moment and taking a wider view, the “debates” we see each election cycle don’t deserve that title. They’re a grab for soundbites – a political game of gotcha that doesn’t reveal much about a candidate aside from showing who is quicker on their feet with a comeback. That holds zero interest for me because I have the internet and can research to my heart’s content what the candidates stance on issues is without engaging in the farce.

Second of all, watching this debate wasn’t going to change my vote, and I don’t think I’m alone in that. I don’t need more game tape to know who Donald Trump is – none of us do. Since he’s been such an attention seeker his entire life, there was more information on Donald Trump available than any other candidate in history. Watching him squirm and try to hijack every question wasn’t going to add anything to the pile worthwhile.

Which brings me to the point that has confounded me since 2016: why in the world are so many people willing to vote for a person they wouldn’t hire as an employee or trust with their family to hold the highest office in the land?

The guy is supposed it to work for us. Like it or not, we’re all in business with whoever holds that office. And yet there are millions of people willing to cast a vote for someone who has screwed every single person he’s been in business with his entire life. Why? Because they think past the age of 70 that he’s going to change his ways? That the guy who’s cheated at every level up to now is going to suddenly go straight?

And perhaps you’d be interested in this bridge I have for sale. Hardly used, great view…