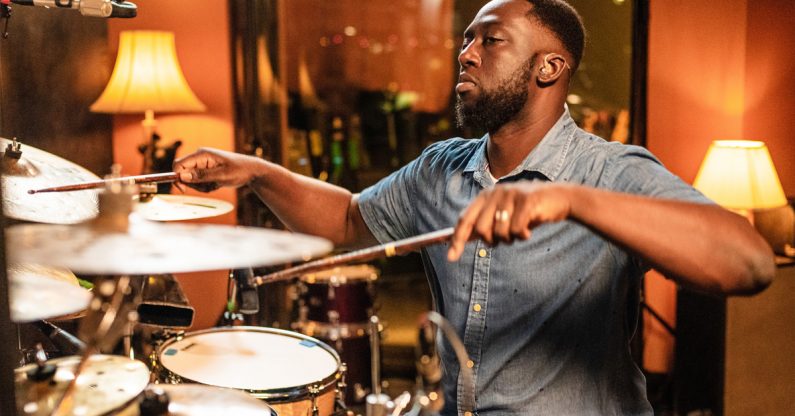 In a world where a person can fire up their internet machine and within a few moments be watching people play video games, eat, buy homes, do needlepoint, and any number of other things, it’s not a stretch to watch people listen to things for the first time. In fact, there’s some videos and channels that have become famous for just that.

However, the difference with the video below is watching a person listen to a song for the first time and then play that song. Now, Larnell Lewis has a bit of fame for this sort of thing, but it doesn’t make it any less impressive.

Two things that fascinated me about this video.

The first was that by watching how Larnell listened to the song, it pulled me into his world a bit. The bits of information he was sharing clued me into how he was not only listening to the song but processing it, organizing the structure, and building his own roadmap. Learning by ear isn’t anything new – it’s sight-reading, just without the sheet music. There’s a system to it that’s developed through experience both in that process and just from playing a whole bunch over the years.

I was never terrific at sight-reading, but I could hang well enough in a group setting to get the job done. The more I tried to listen to the song like he was listening to it, I felt like I was hearing the song for the first time myself. That’s a rare thing considering “Enter Sandman” and the Metallica album that it came from were nearly impossible to escape during my high school years – I’ve probably heard it a couple hundred times at this point.

The second, and more unexpected, effect of this video was making me appreciate the drumming of one Lars Ulrich. It’s become something of an intramural sport to tool on Lars for his musical skills, and his personality doesn’t exactly help endear him to folks. However, I came away impressed with how good the drumming was – which was a shock to me.

At any rate, count me in for some more active listening time in the near future.

PS – And yeah… “Listening With Larnell” totally needs to be its own YouTube channel.