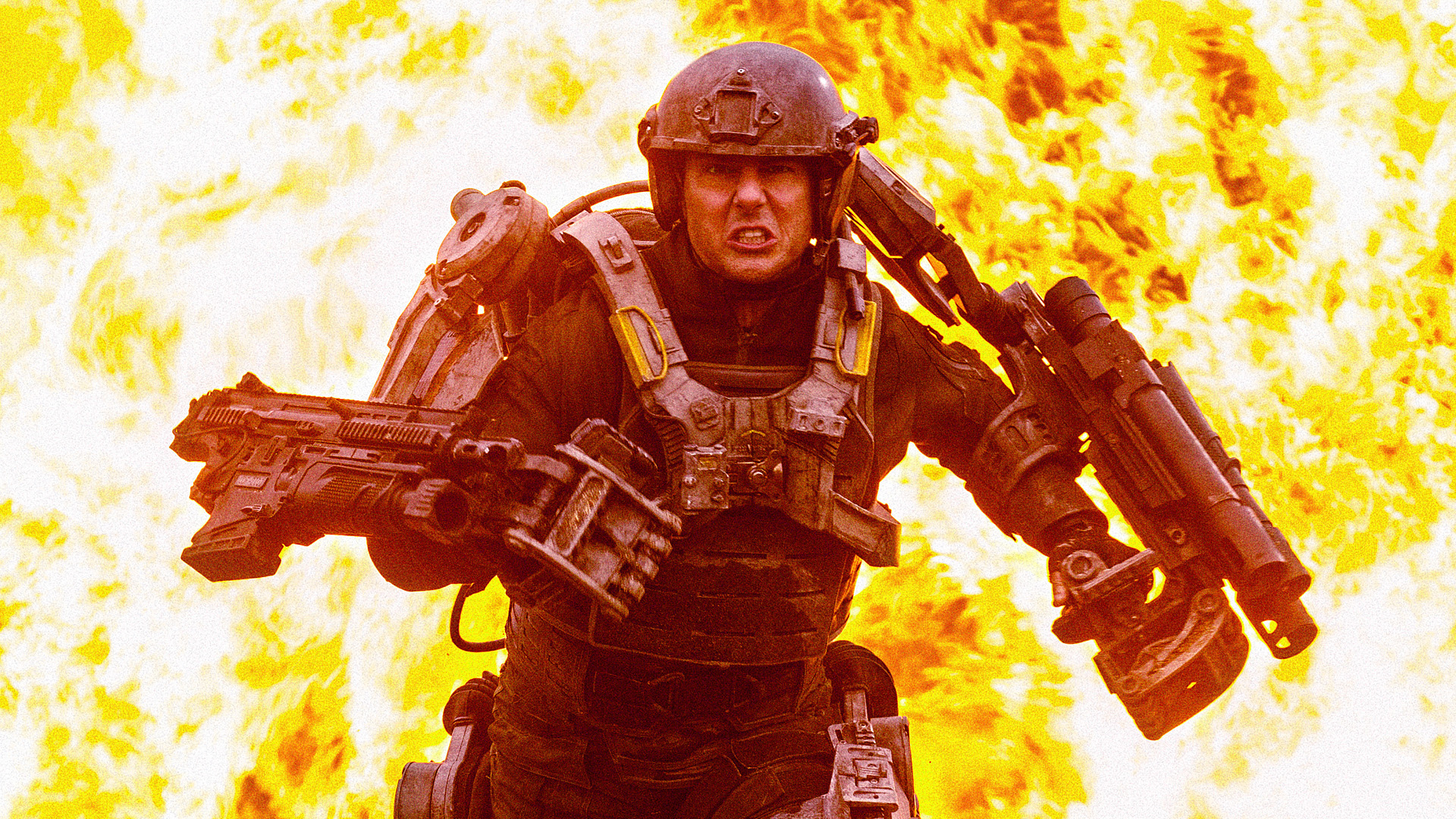 After my post about All You Need Is Kill the other day, it only seemed appropriate last night to give Edge Of Tomorrow another watch for a little compare and contrast action to see if my preference for the movie over the book would hold up.

Overall, it did. To me, a movie is the superior way to tell this story. The repetition of the same sequence comes across better and does the job more quickly than it can be done in print – there’s less heavy lifting to convey the point. As a bonus, it also allows for some moments of humor that don’t come across in the book as well for me – Cage getting taken out by the truck on the battlefield and then on the base before correcting his timing. Let’s the pressure off just enough while also communicating the repetitive nature of his situation.

More than that, the change in the main character comes across much better visually than in the book. The accumulation of all those reps through the day begin to hang on Cage like an extra layer of grime and the look in his eyes changes from the salesman at the beginning of the flick to the hardened veteran by the end. Maybe other people got that from the book, but it works better for me visually.

Then there’s all the things that were changed from book to movie… which is just about everything. I like the idea of Cage being the marketing guy who is brought low rather than just another recruit – it makes the journey that much more significant. Having the story focus on a single battle that has higher stakes works much better for me. Giving the Mimics an intelligence beyond that of a an engineered virus and adding the idea of the Omega worked better for me as well because it gave the story some kind of closure – a single goal as opposed to “we just gotta kill em all everywhere”.

Oddly enough, some of the negatives from the movie were also present in the book. The explanation of the Mimics on Earth was never that well explained, but then again, I didn’t feel it was really that good in the book either. Bill Paxton’s SergeantFarell always seemed one-dimensional to me and I wished there’d been more of him, but reading the book and seeing a failed attempt at fleshing that character out made me realize that it makes sense for him to be exactly who he is in the movie. The ending of the movie felt a little too cute sometimes, but the book’s ending was so lackluster that I really enjoyed the ending of the movie.

So, to sum up, if you thought the movie was okay… maybe try reading the book. It’ll make you appreciate the movie some more.