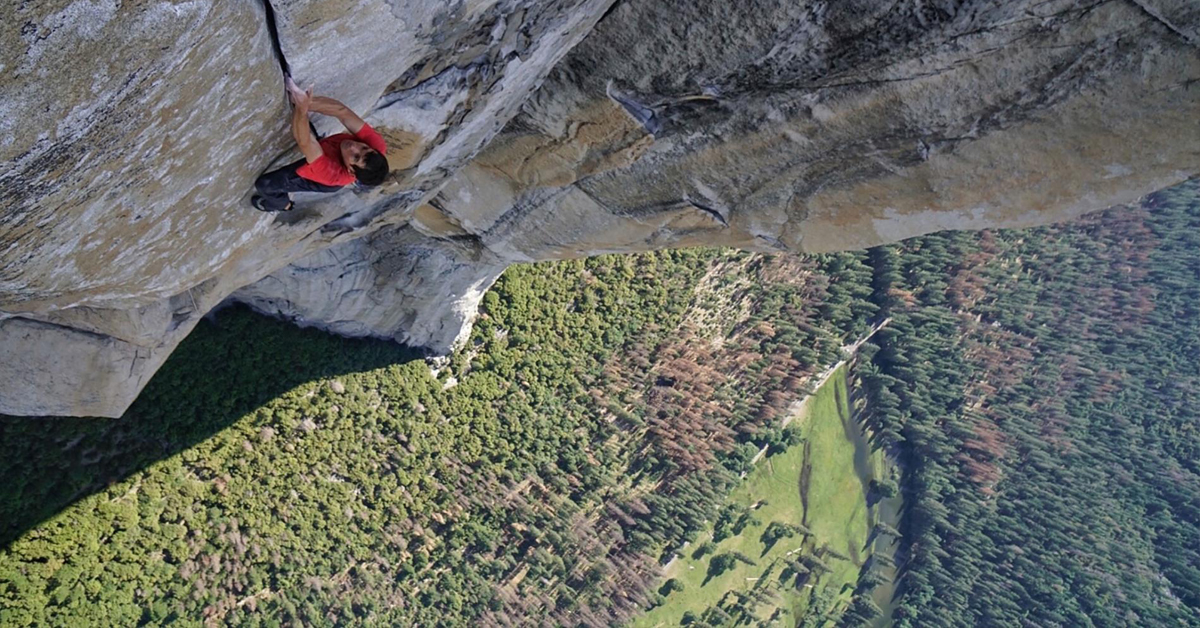 So what the hell am I doing watching a movie about a person wacky enough to climb a sheer rock face without a rope?

Me and heights have never been good friends. I’m not a fan of being on a ladder over eight feet. How I made it through several years of cleaning windows during college where two of the buildings were 10 stories tall, I’ll never know. Palms start sweating and my stomach starts doing somersaults in my gut. It’s sort of like the Cliff’s Notes version of Eight Mile, but without all the cool music.

So why did I spend the other night watching Free Solo?

Mostly, I was curious what would make a person look at something like El Capitan and say “I not only want to climb that, I want to do it in one of the most dangerous ways possible.” Because it doesn’t make any sense to me. Even with a rope, a harness, all the safety equipment money can buy, and a firm promise from the ghost of Sir Edmund Hillary himself that I’d make it safely to the top… that’s a big bucket of nope.

Soooo… why? Why would someone attempt to scale a 3,000-foot rock face with nothing more than their hands and feet, with zero room for error?

Does the movie answer this question? Yes, but not quite in the way I expected. It’s more of an emotional answer rather than something that could be described in logical terms or written out as an equation. If it is, then it went completely over my head.

It seemed a lot closer to why someone would write poetry or dedicate their life to oil painting. Logic isn’t the driving force, it’s a compulsion in another direction – one that isn’t easy to explain, even if you’re the person being compelled to do the thing.

In that way, I felt a bit of kinship with Alex Honnold… aside from all the death-defying clinging to the sides of mountain and such. I can’t explain the things I like to do creatively or why I dedicate so much time and brain space to them. I just do. Because I like to do it, and there’s some moment of awe and peace in there for me sometimes.

After all, most writers experience that feeling of hanging onto an idea by their fingertips from time to time, right?

I’m just glad I get to do it down here on the ground.